The very first “Velka Budejovicka Cyklojizda” happened yesterday. I was surprised how many people were attending even when it was first time. Stylish outfits, kids, fixes, unicycles, high wheelers … you name it. It was praticularly nice to be able to cross the traffic lights on reds as this was the way I (and everybody else too) was riding in Zurich for last two months. Just one way to work was a few times on the sidewalk, couple of one way streets in wrong direction, sometimes on tram rails, going on red and maybe much more. 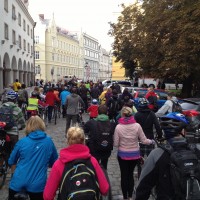 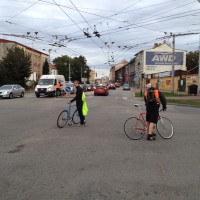